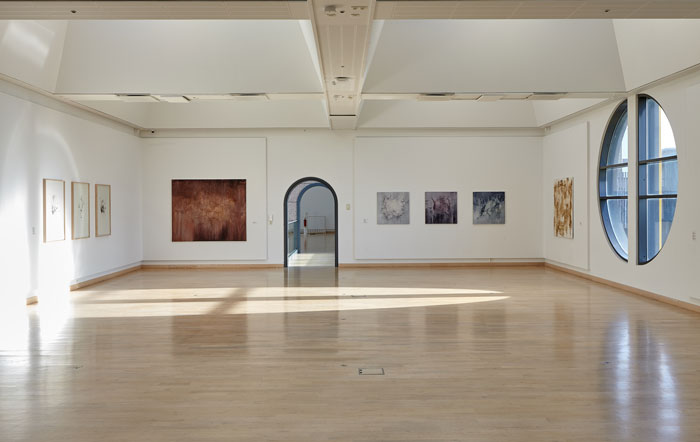 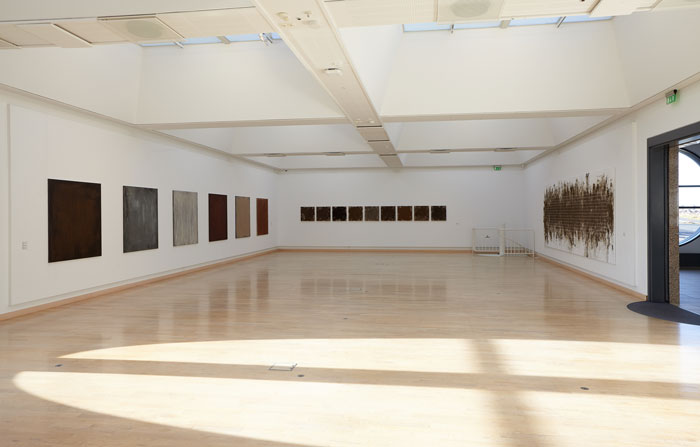 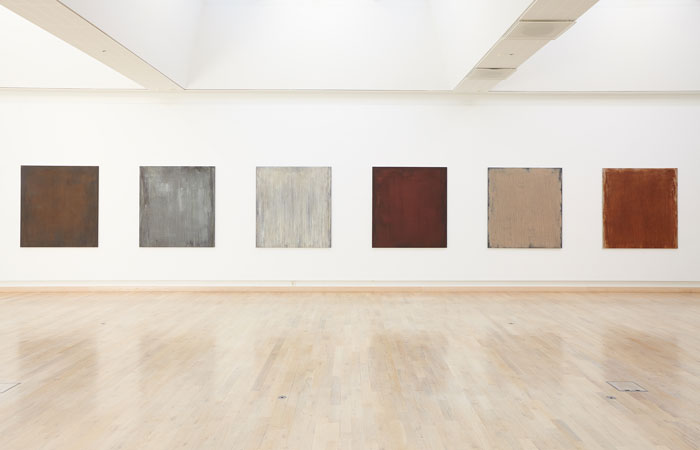 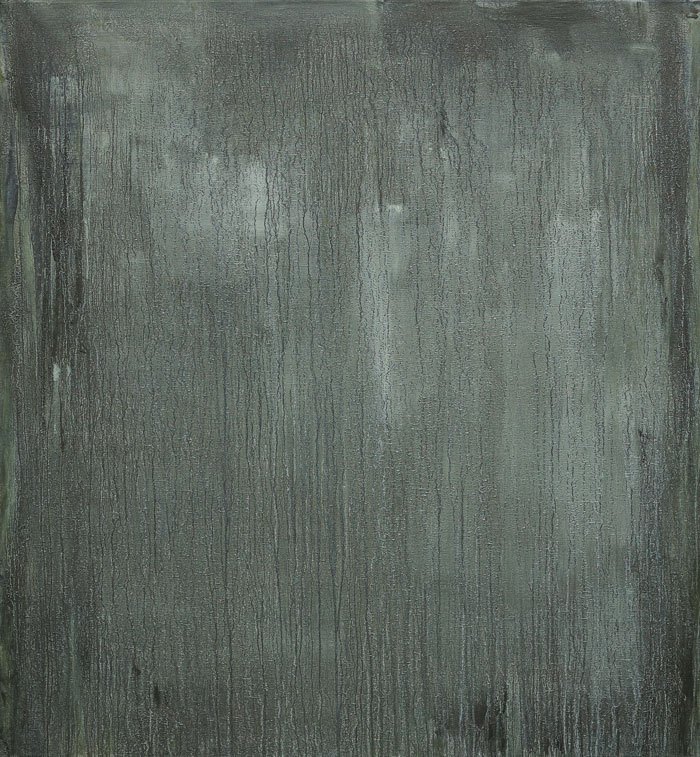 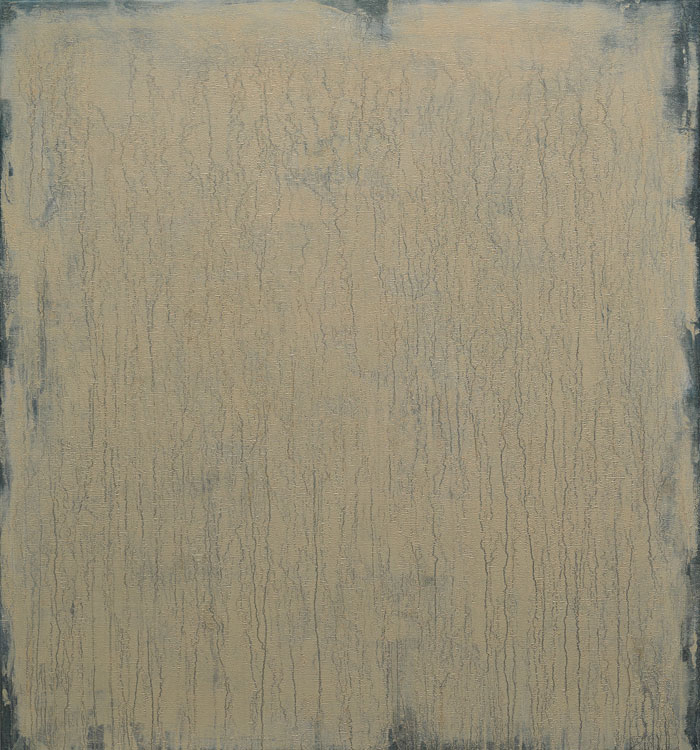 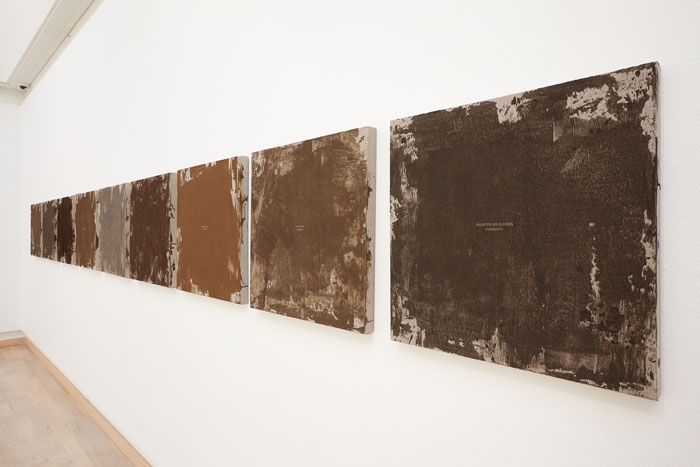 Gardens 2006–2008
The works Gardens are painted with soil on canvas. They deal with nine gardens in three continents. To name few, Central Park in New York, Hyde Park in London and Shinjuku in Tokyo. 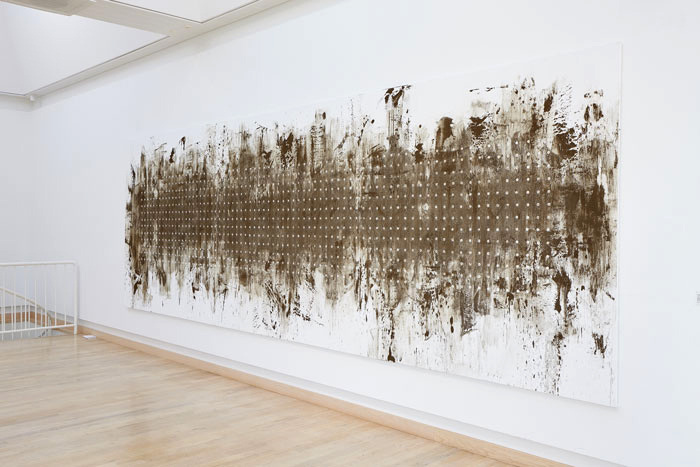 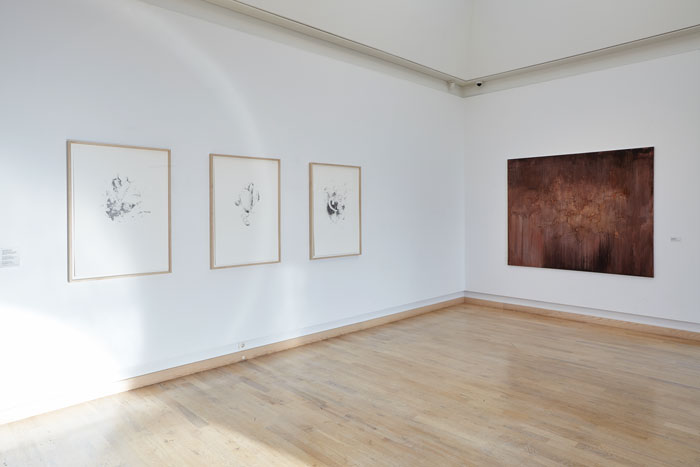 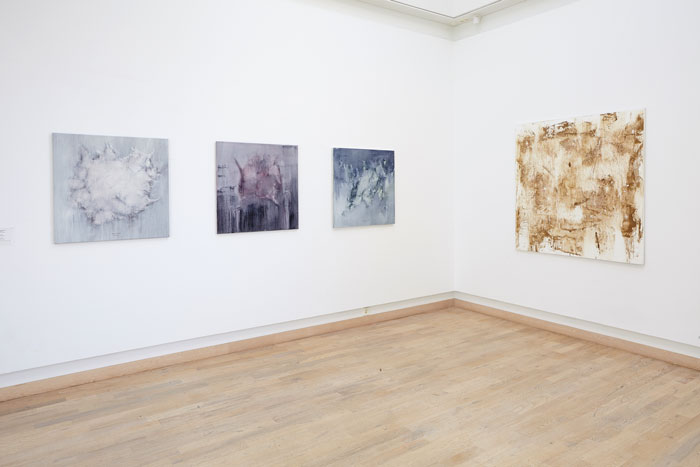 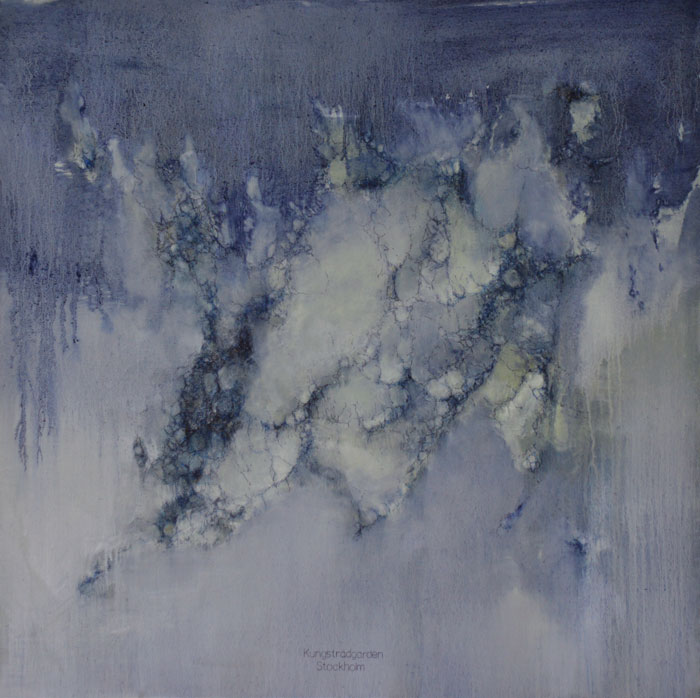 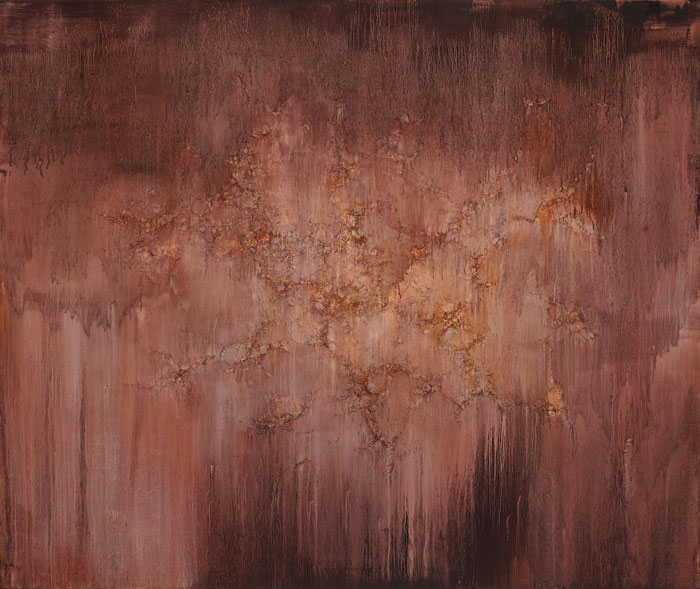 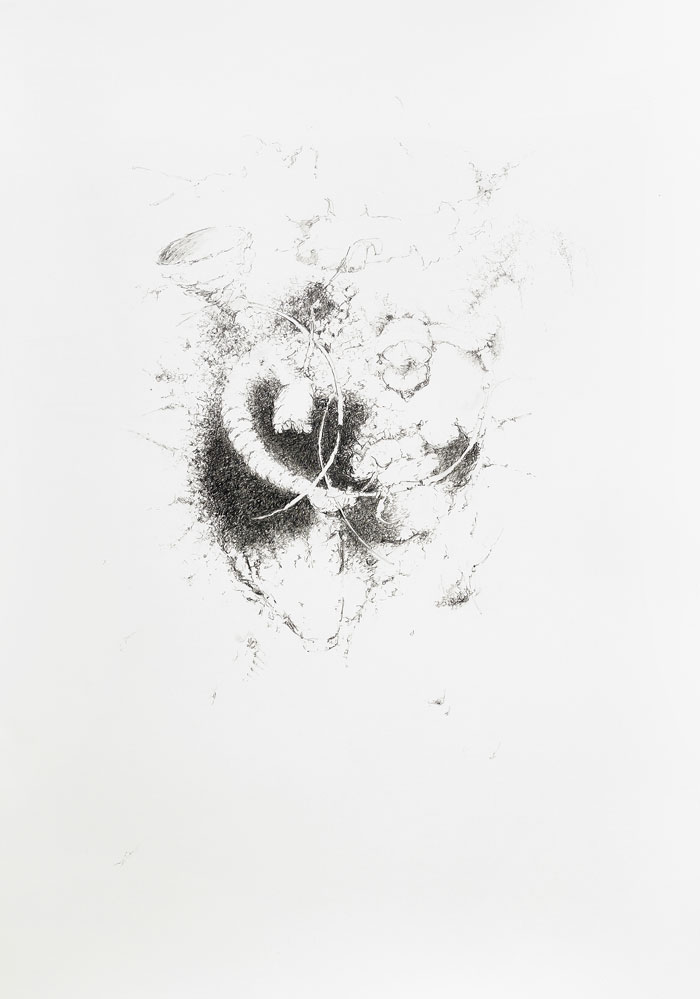 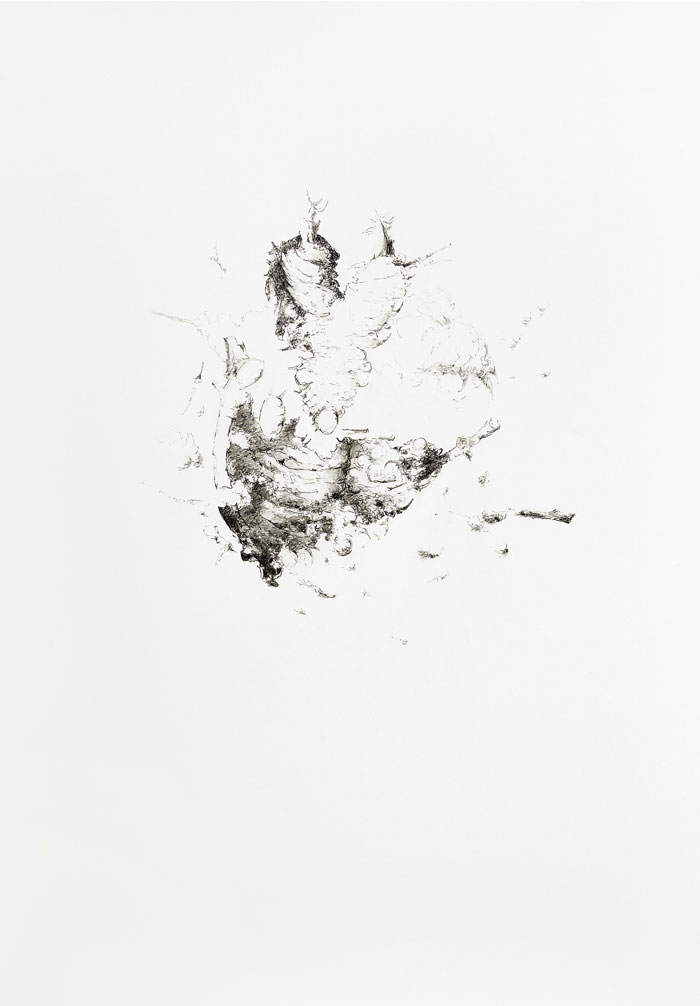 Emplacement is an exhibition on the works of Einar Garibaldi Eiríksson and Kristján Steingrímur Jónsson. Einar Garibaldi and Kristján Steingrímur have both developed a personal approach in their research on nature, places and placements. The exhibition is in two parts. Emplacement: Part One presents new works by the artists. Emplacement: Part Two will give the viewer insight into the work and research behind the artists‘ work.

Einar Garibaldi researches landmarks, maps and symbols in nature and draws attention to how our understanding of our environment develops and changes. His play on maps and natural symbols sparks a philosophical conversation about the world.

Places and nature in Kristján Steingrímur‘s artwork have been intertwined in the painting itself. He travels to particular places and brings back soil from which he then creates his artwork. Instead of painting a picture of the place, he paints it with the place itself.