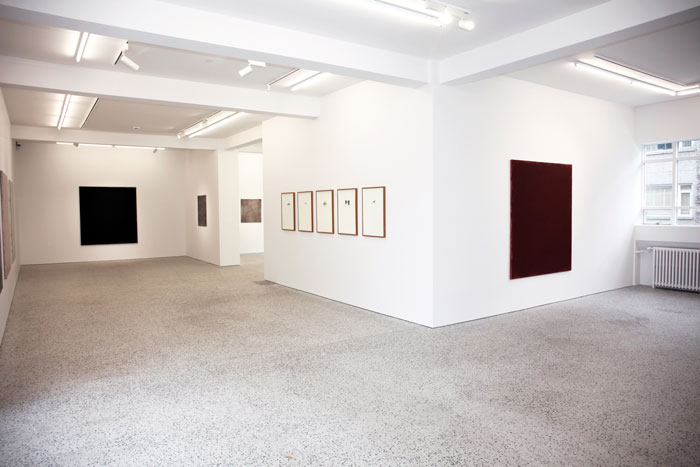 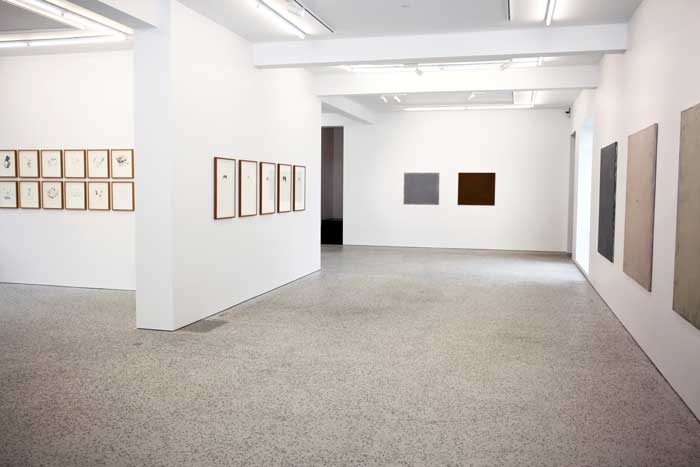 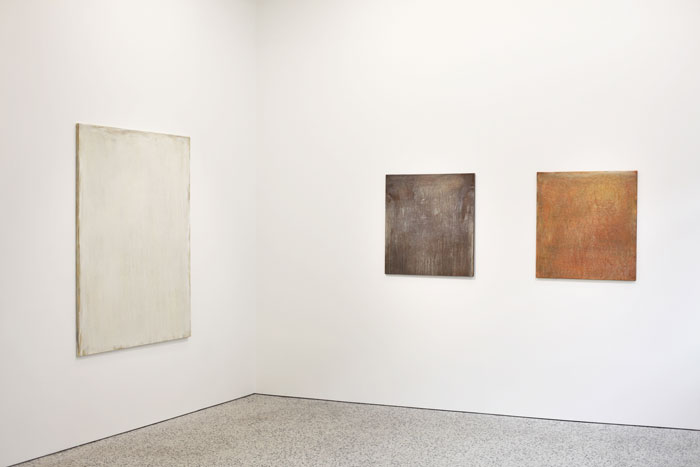 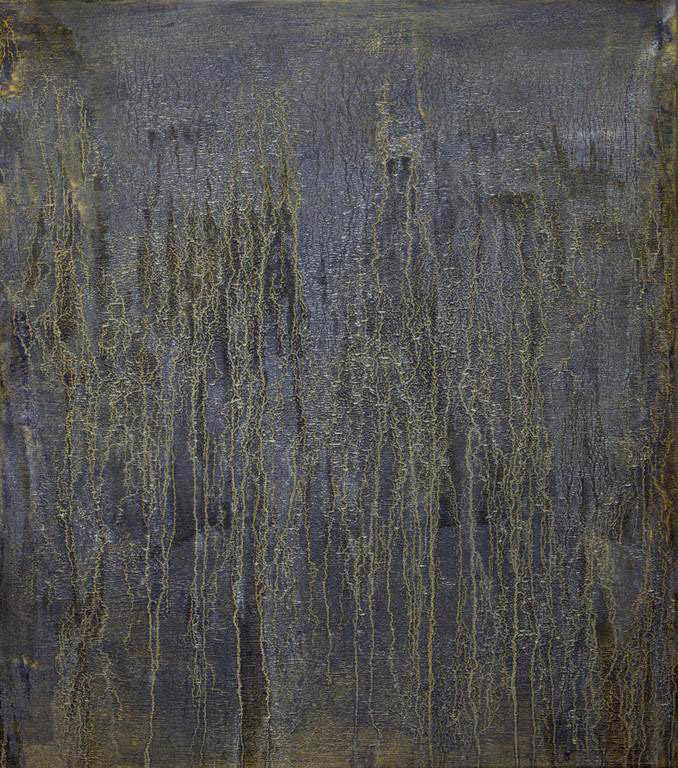 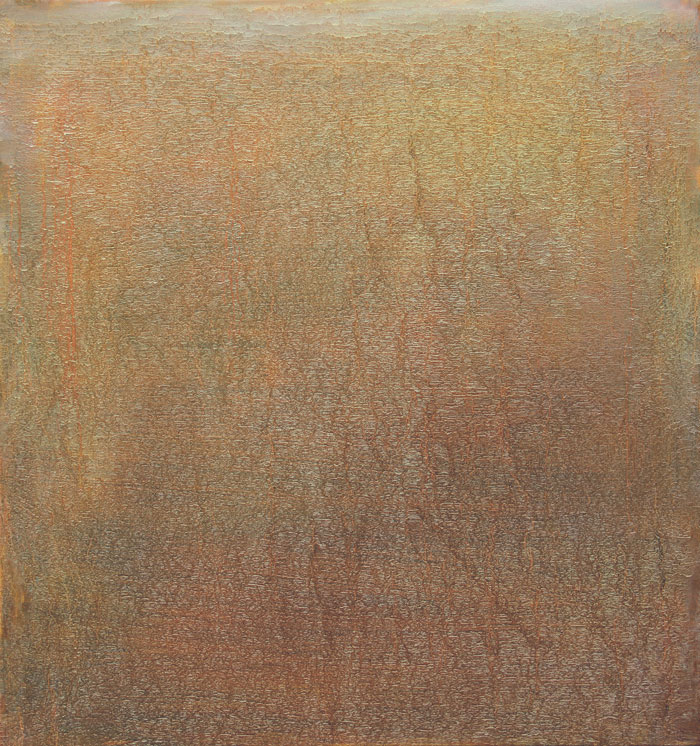 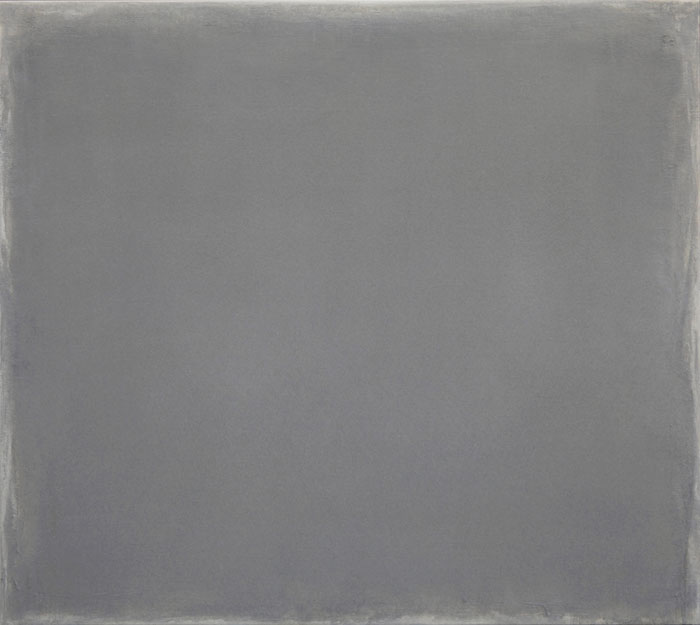 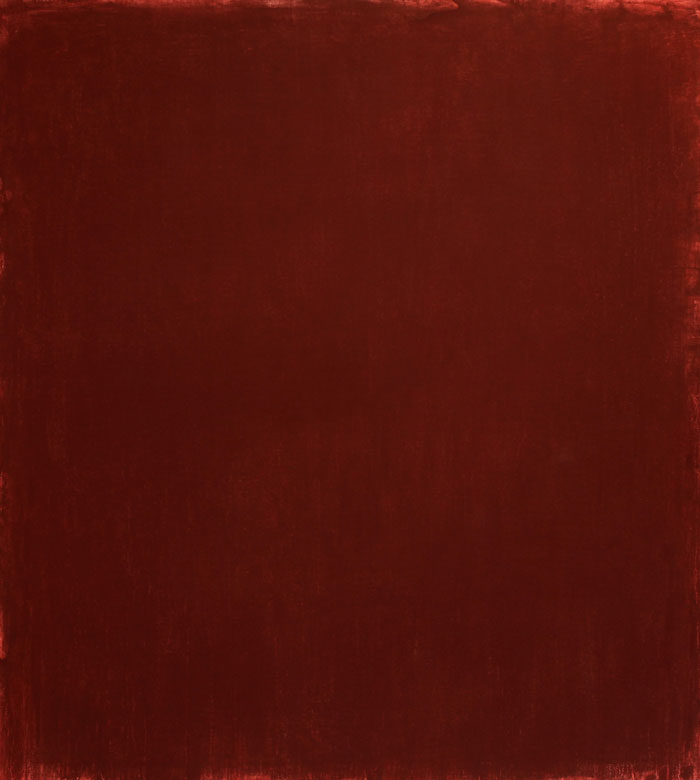 Illahraun 2017
Oil on canvas, 170 x 160 cm.
Mineral pigment and oil on canvas made from the lava in Illahraun, southern part of Iceland. 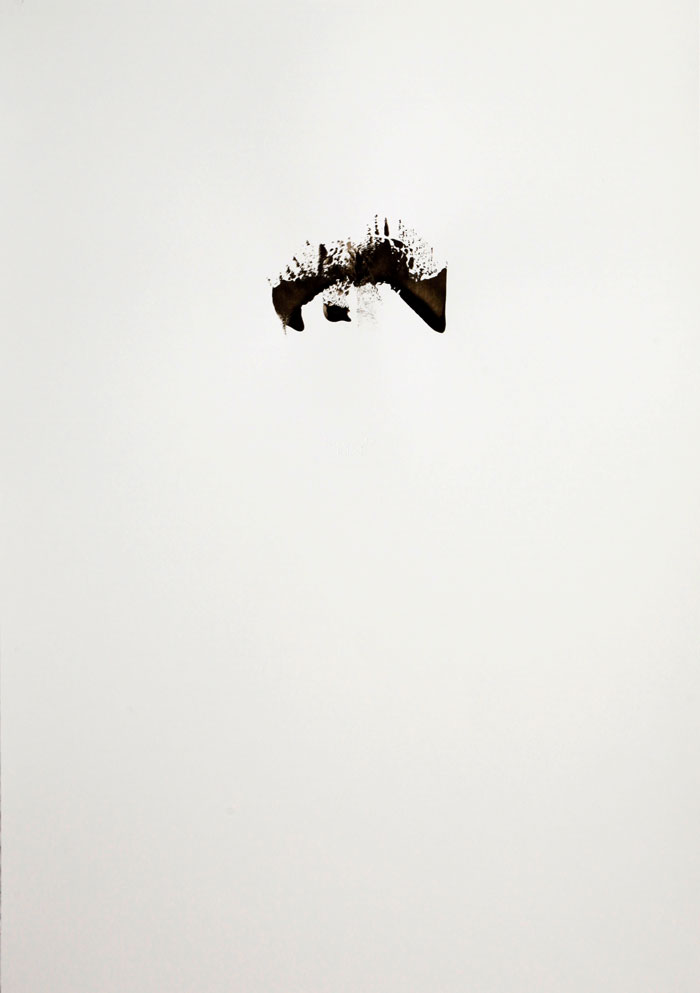 Memory of a place 2016
Vatnslitir 2016. Mineral pigment powder from Sprengisandur highland of Iceland and Arabique Liquide on paper. 70 x 50 cm.

The current show at BERG Contemporary showcases works in various mediums produced over a twenty-year period by Kristján Steingrímur. This is not to be perceived as a retrospective of sorts, but as a keen observation of the artist’s diversified approach towards certain subjects. By working repeatedly with a group of ideas, a totality emerges that encompasses determination and conviction—not repetition, but a development based on never-ending experimentation.

Places inherit (or are associated with) a certain time. We can think of geological time as the time of a place and ask ourselves, “when did the volcano Hekla erupt last?” or “when did the Ice Age come to an end?” Or, as culturally historical time, certain periods throughout history have influenced cities and squares, notions of order and aesthetics. Those different ideas of time, those distinct ways to measure and think about time influence what we associate with a place and what comes to mind when we think about a place. But one can also see things from another sort of time-distinction; the place while we’re there and the place without us. In this way, a place becomes a phenomenon lived by us, one that we try on ourselves. It stops being an abstraction in an otherwise known scale and becomes part of our experience and the rules by which experience is defined. Memory is sometimes invoked as a descriptive term for these rules. Therefore a place is connected to both our senses and our memory, and its location correlates equally to time as it does to space.

Kristján Steingrímur’s materials and subjects are both concrete fractions of a place, as well as ideas, memories, and fragments of places. The concrete fraction can be a stone or a handful of soil, a material that is then broken down, mixed, interwoven together with something new and made visible in a new context, the context of the work. The paintings in the exhibition all share the quality of being composed and gathered in this way. For example, he turns black shore into something concrete—the smallest particles first, which then combine with bigger ones. A strong sense of the material speaks to a certain place and a personal experience. In that way the work is a materialised memory of a particular place.

The drawings are also about places, but now the analysis takes on a different form. By enlarging a single fragment of the material, ideas about a place and visibility are mapped out. These are efforts of exploration, efforts to make the non-visible seen, to reveal our relationship to a place as a materialised phenomenon and as a term to describe a collection of qualities.

In each place we sense the surface of it. We see the sun’s reflection in the window or the wind bend the branches of trees. But our perception does not end there. We also sense the history of the places, the materials they are made of, and the names we use to refer to them. One can think of it as different layers of meaning that pile on top of one another, creating a new surface that is both visible as well as being accessible through thought or description.

Some places only exist within the imagination of the mind, but Kristján Steingrímur’s works are not about those places. His works are the materialistic confirmation of the existence of places, reminding the viewer that perceptions of places are both subjective and dependent on experience. Some of these places no longer exist and are therefore reminders of the responsibility that comes with creating places, as well as destroying them. The works reflect on the reality of being able to erase as well as to create.

Kristján Steingrímur finished his studies of fine arts at the University of Fine Arts in Hamburg in 1987 and has since presented many solo exhibitions and taken active part in numerous collaborative exhibitions. He was the dean of the department of fine arts at the Iceland Academy of Arts from 1999 until 2016. Painting has been a leading element in Kristján’s artistic practice. He has utilized it in various ways, pushing the boundaries of the medium itself within his work, not using it as a goal, but as a way to put forth and analyze his subjects.